Mini Pumpkin Pies are literally easier than pie! You’ll love the buttery crust and creamy pumpkin center topped with whipped cream. They are perfect for Thanksgiving and almost too cute to eat (ALMOST).

We love all things pumpkin in Fall, from Pumpkin Bread to Pumpkin Cheesecake. If you are a fan of Pumpkin Recipes, these Mini Pumpkin Pies are a must-try. They are the ultimate Fall treat.

Mini Pumpkin Pies are everything you love about Classic Pumpkin Pie, but they are easier to make. There’s no need to pre-bake the crust, plus the baking and cooling time is quicker so you can be on your way to satisfying your craving for pumpkin pie sooner. 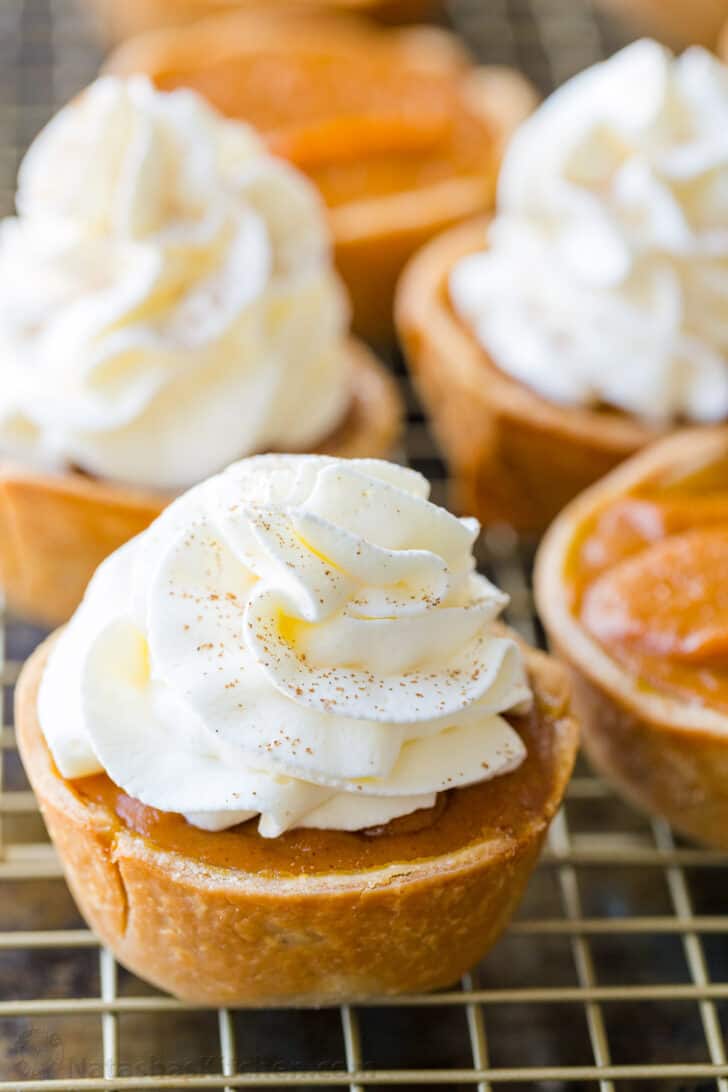 I get so many questions about the tools I use in my kitchen and here’s a rundown of the items that will make this recipe easier and quicker to make.

How to Make Mini Pumpkin Pies

Serve Mini Pumpkin Pies chilled or at room temperature. Just before serving, top with a big puff of sweetened whipped cream and a sprinkle of cinnamon.

Homemade whipped cream tastes best (see recipe below). I use a Piping Bag fitted with a Large Open Star Tip, but you can also dollop the whipped cream over the top with a spoon. Store-bought whipped cream also works if you are short on time. 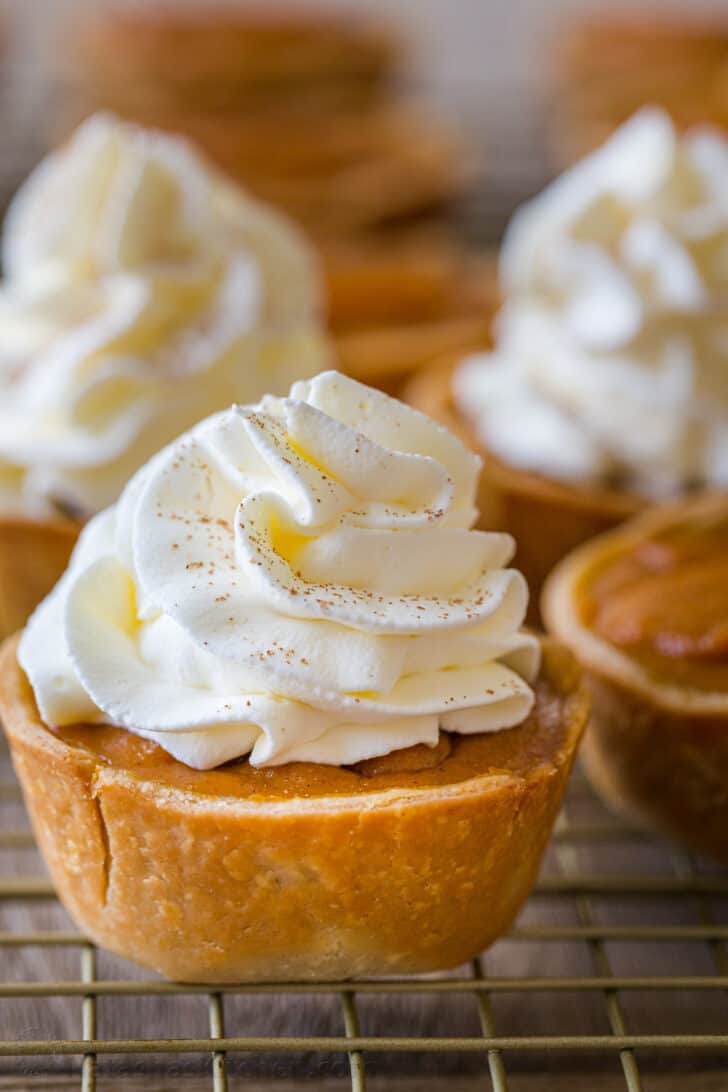